From the “You Can’t Make This Up” category.

Eagles wide receiver DeSean Jackson drew backlash Monday after posting a story on his Instagram of a fake quote from Adolf Hitler:

What could bring someone to post this, especially someone in the spotlight is beyond reprehensible, but a quick remorseful apology would all but put out the fire.

And Jackson did that in a way by later posting: “Anyone who feels I have hate towards the Jewish community took my post the wrong way. I have no hatred in my heart towards no one.”

But he didn’t stop. 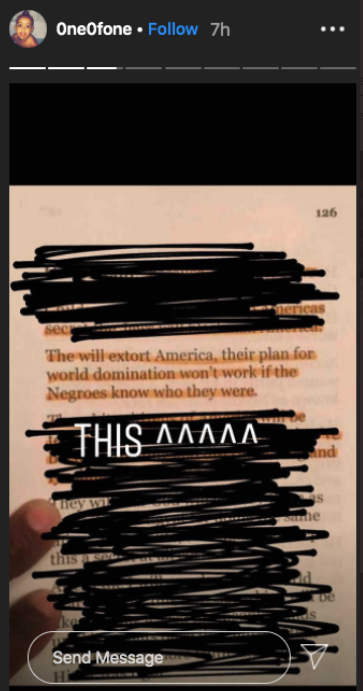 Jackson has also shared several posts from Louis Farrakhan, a man who has routinely been dubbed as anti-semitic and homophobic by watchdog groups. Farrakhan described Hitler as “a very great man.”

“If a white player said anything about AA’s (African Americans) as outrageous as what DeSean Jackson said about Jews tonight there would at least be a serious conversation about cutting him and a need for a team meeting to discuss,” Banner said in a tweet. “Which would be totally appropriate. Absolutely indefensible.”

The team has not yet publicly commented on Jackson’s post.

Interested in writing for NFLupdate.co? Email arimnfl@gmail.com for more information